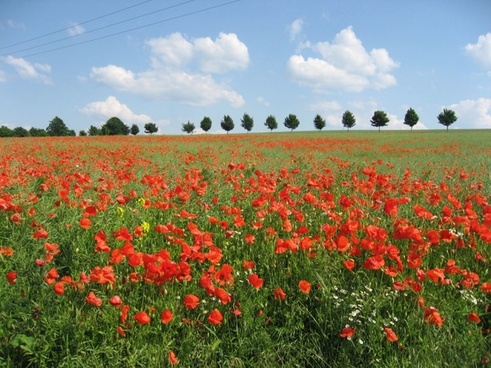 Everyone in the country was meant to be going shopping mad on Friday. Brawling in Argos, shoving in Sainsburys and a general elbowing of ribs and stamping on each other’s feet. We all saw it on the news last year. Like me, you probably watched in open-mouthed horror, yet couldn’t look away, as people were filmed physically fighting over electrical goods. I gather that one particular store deliberately opted out of inter-customer wrestling this year. There is a part of me that finds this disappointing because I would like to go to places where people are behaving like this armed with either a water cannon or a set of foam fire extinguishers (or both); if people are going to be so ridiculous over purchases that cannot in any way be essential, then they and their electrical goods deserve to be covered in foam. Of course, the annoyingly sensible part of me would also have to have prior agreement of the store concerned, signed disclaimers and a wide range of cleaning equipment for the aftermath.

Similarly on the appalling behaviour front, I have spoken to friends, heard things, read stuff, and it appears that some people have taken the Brexit referendum as a licence to be as racist and offensive as they like – sometimes casually in conversation and often with more sinister and threatening with comments such as “why don’t you go back to your own country?” I feel that I should pause here – that is not to say that everyone who voted for Brexit is such a person. I have friends who voted for Brexit – I don’t agree with them on that particular point anymore than they agree with me, but unfortunately for them, and for all of us, their voices are being drowned out or silenced by our papers, our news and the aforementioned idiots. I believe what has upset a lot of people on both sides of the Brexit debate is the staggering realisation that these individuals have always held these views, and for some baffling reason, they now think it acceptable to air them.

So in a week that we have had Black Friday, the Chancellor has made a gloomy prediction about the British economy and put a large amount of it down to the Brexit vote. It is predicted that the national debt will rise to 90.2% of GDP in 2017-18.  I am not an economist so in an attempt to put that into context, according to the IMF, the GDP of the UK in 2015 was 2.849 trillion US dollars ; it is predicted to be £1.945 trillion by 2021. I cannot quantify that number in a way that can begin to contribute to my understanding of it. However, I do know that ninety per cent of a figure of a sum that large sounds like rather a lot of money to me. And I think we all know that ninety per cent is good if that is the number of questions you are getting right in an exam and bad if that is the number that you are getting wrong. It seems to me that if this number is the debt of the country, that particular figure falls into the latter.

The money to pay off this increasing and vast debt will have to come from somewhere and I suspect that a rummage down the back of the sofa at Number Ten is not going to cut it. As an EU bailout is no longer on the cards, it will inevitably have to come from us, the taxpayers via more tax, higher interest rates, and I would anticipate under a majority Conservative government, further cutting of public services. It may even take a slightly more sophisticated form in the hope that we don’t notice it. For example, an increase in insurance premium tax has been announced and slipped by almost unnoticed, because none of us live in houses or have cars that we need to insure do we? No, they’ll never notice that. The media will focus on a fuel duty freeze instead. As a former colleague of mine once said, he had absolutely no objection to paying taxes, but he did wish that the government would spend it responsibly. The expenses scandal and the red Brexit bus tell us all we need to know about that one.

You may well be jumping up and down and shouting “you don’t understand, you fool, no one knows what’s going to happen, it’s not necessarily all doom and gloom”. Maybe I don’t. Maybe it won’t be. And I hope you’re right. But I’m damned sure that the government don’t understand it much better either. Feel free to correct me if I am wrong, but the current plan, if indeed there is one, seems to be a lot less cunning than one of Baldrick’s infamous cunning plans. If the past few years have taught us anything it is that the government does not have a magic wand, and even if they did, they could not be trusted to use it wisely. It is a distinctly uncomfortable truth that they are sufficiently puerile to play out Old-Etonian ego- spats on a public stage and then when it all goes tits-up, attempt to bugger off and leave someone else to tidy up afterwards. A number of monstrously vacuous statements like “Brexit means Brexit” are now being repeated to us as if they mean a damned thing. Maybe they are a brave yet excruciating attempt at a show of strength, authority and grasp of the situation, when we all know that there is none. That coupled with an alarming number of people who seem to think that unbridled racism and offensive remarks, stoked by the press, to people who live, work and pay taxes in this country, has me extremely worried that we are marching towards the far right and laying the foundations for World War III. And we all know what Einstein said about World War IV.

So if you have been thinking about whether it is entirely appropriate to body-check someone to get to an LCD TV on offer on Black Friday, maybe we should all generally re-consider our post-Brexit positions regardless of which way we voted. The economic outlook isn’t great. But the human outlook seems to be worse. To anyone who now thinks it is okay to make comments of the nature discussed above, which were confined to their own front rooms pre-Brexit: in the post-Brexit world, please continue to confine such comments, and preferably yourselves, to your own front rooms. It is not acceptable for a child to tearfully ask their teacher on the morning after the referendum if they are going to have to move to their parent’s country of origin when they themselves were born here and that is all they have ever known. It is not acceptable for a parent to post an apology on social media for taking a job from someone with a British passport when the British passport holder concerned has never worked a day in their life. It is not acceptable to refer to refugees as migrants – they are refugees. People put their children on dinghies in the Med because they are that bloody desperate they would do anything, anything to save them; what parent wouldn’t? Do we really want this for each other? Do we want it to become accepted behaviour to fight over microwaves once a year? For children to be worried that they are going to have to leave their homes? And for some people to be crowing over the prospect whilst the rest of us stand by and say nothing? Surely the chance of living in safety, free from tyranny and with love is something that everyone deserves? And isn’t it what our grandparents’ generation fought, and died, for?

Please tell me somebody cares.