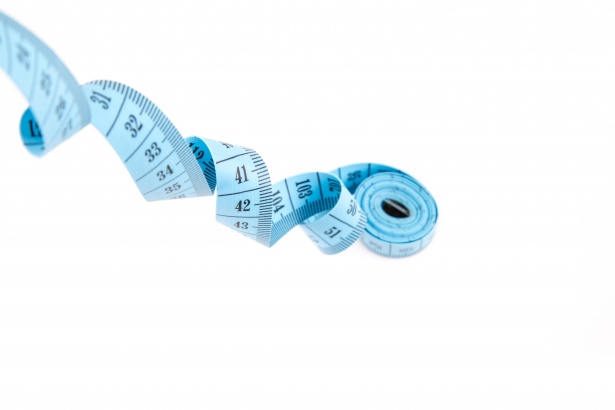 For the benefit of those of you who have never laid eyes on me, I am average. I am tallish, but nothing out of the way. My hair is brown, my eyes are blue, my skin is fair – English-rose fair that turns pink after about thirty seconds in the sun. I am wholly unremarkable in practically every single way except to people who love me. However, one thing that makes me a bit unusual is that I don’t really like clothes shopping.

Actually, I am a woman who is not too keen on shopping full stop. I like clothes and I really like shoes, but seeking them out and trying them on is something that I prefer not to do unless I have to. All that huffing and puffing, wrestling about in a confined space into an even more confined outfit. That awful bit when you’ve got the dress over your head and shoulders but are yet to get it over your boobs and you wonder whether you’ll be stuck forever, trapped, with your arms waving about above your head, snared by a dress from your elbows to your chin. After eventually struggling into the garment and discovering a zip that you hadn’t noticed when trying to get the damned thing on, you emerge from the changing room (if indeed you dare emerge) pink, sweaty and slightly traumatised, whilst your significant other, a friend, a shop assistant or even the woman in the changing room opposite, ventures their opinion on what you have wrangled yourself into. It is just not the activity for me. I wish it was.

However, I am off on a day out in the next couple of weeks that requires me to wear something other than jeans and trainers, so I had to go. And Man of the House offered to take me, with his credit card, so it would have been rude to refuse. Particularly as he was also going to buy lunch. Off we went to a well known designer outlet shopping village that is not too far away from where we live.

The very first shop we went into I found a dress that I liked. This is no mean feat and our trip had started well. I tried one size on after going through the dress wrestle described above, and it was a little too tight. I asked if they had the next size up. A usual size. Neither tiny nor vast. Normal. And that was when it all started to go downhill. There was a sharp intake of breath from the assistant. On realising what she had done she attempted to re-arrange her features, and on re-grouping said “I’ll just pop up to the stock room, madam.” Now, what I heard after her initial reaction was “goodness madam, you are immense, I’m not sure there is enough material in the world for a dress that size I’ll just go into another room to lie down.” This did my self confidence no end of good as you can imagine. In spite of clearly thinking I should have been in a camping shop, she did find the dress in my size, and I looked acceptable in it. But the damage was already done. We left empty-handed.

Shop number two. This lady was slightly more tactful, and scrupulously polite, but again, my size, which before that day I had thought was not unusual, caused something of an issue. “Madam, our stockroom is not on site, so if you like the style of something, I shall telephone someone in the stock room to bring one in your size for you.” It was a small shop and it would be unfair for me to say that there was nothing in the shop that would fit me, so they were already doing better than the previous establishment. However, I heard “Blimey lady. If you find anything, I shall get a colleague to turn the stock room upside down in an attempt to find your size.”

Now the next shop we went into was really just for amusement. There was no way that they were going to stock anything other than a size zero at an obscene price. There was a dress in there. It was beautiful. Absolutely beautiful. It wasn’t actually a size zero – more of an eight. But there was no way I was even going to ask if they had one in my size, in spite of the fact that it was forty per cent reduced at a mere £6,000. Man of the House admitted that it was indeed a beautiful dress, but said it was a little more than he had been intending to spend. How incredibly unreasonable of him.

Shop number four. The gentleman who served me in there was charming. Truly charming. He rifled through the entire stock room to try and find something to fit and suit me, without actually suggesting to me in any way that anything above a size ten would be something of an ask. I knew that in finding me a dress the stock room must have looked like Storm Doris had been to visit, but at least he had the kindness and good sense not to show it. He made comments such as “well you’re tall, you would fall over with tiny feet” and “these come up very small.” He found me a dress. It looked okay. We made a purchase and thanked him for his assistance.

Breaking for lunch, I was a bit worried about eating anything after my morning of causing offence to shop assistants by my mere presence, but I was quite hungry, so I decided to look after my own health and eat something. For that authentic home from home experience, as the children weren’t with us, I considered asking the people at the next table if one of them could spit some of their meal out in disgust (in spite of it being what they had ordered) and if another of them would be kind enough to declare loudly whilst pushing the plate away with both hands that there was no way that they were eating something with onion in, because that looked suspiciously like onion to them.

After lunch, shoes. There was a minor hiccough with Man of the House when he was sat looking bored on a sofa whilst I coo-ed over some shoes that we would need to re-mortgage the house to buy and he said that he “just didn’t get it”. As far as sizes stocked were concerned, apparently I don’t have feet, but water skis. I never usually have that much trouble finding shoes, but there was a bit of lip-biting when I asked for my size. One of my friends who has feet slightly larger than mine has been asked if the size she requested was “[her] true size”, the implication being that she must be a hobbit if her feet were really that big. Well, that’s just lovely.

The striking thing about all of these comments, is that they were all made by women, to women. I find it particularly baffling that the self interest of making a sale to a customer did not override the mouth before the words came out of it, nor were the women making them all that different from the person receiving the benefit of their wisdom. Which I am very pleased about because somebody, somewhere loves them too in spite of their ordinariness.

It is well documented how little models eat in order to retain their tiny frames – some eating an apple a day quite literally. I have read that some models, young impressionable women who are starting to make their way in the world, have eaten cotton wool to try and fill themselves up but to avoid consuming any calories. They have long-standing and serious health problems in the same way that people who are overweight have long-standing and serious health problems. How can that be acceptable in any way? How has it become such that being so thin you are ill is something to aspire to? And as I discovered from my shopping trip, it is something that some normal women look down on other normal women for, without recognising the irony.

Perhaps I have mostly been surrounded by women who are like me for too long to notice that this attitude to each other is more commonplace than I had ever considered or realised. If true, it makes me want to stay surrounded by those women, so we can cocoon ourselves and our daughters. So we can teach them and they can see directly from us that it is more important to be strong, fit and healthy whatever size nature and genetics has made us, rather than have protruding chest bones and a thigh gap. Then when they face the world on their own for the first time, they have a cat in hell’s chance of knowing right from wrong.

Or maybe I am, in fact, enormous.