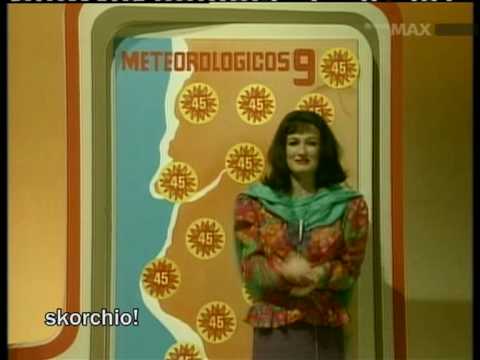 There is nothing the British like better than talking about the weather.  It doesn’t matter what sort of weather it is; rain,wind, snow, or wall to wall sunshine, we like to talk about it and we enjoy a good whinge.  When it rains we wish it would stop, when it’s windy, we complain that we can’t use an umbrella because it is too blustery or it makes our hair go pouffy.  We don’t mind snow because much to the amusement of some of our European and American friends, the entire country grinds to a halt if we have snow.  Really.  I have no idea why but we seem to be entirely unequipped to deal with a bit of snow.  Probably because we only ever have a little bit of snow. However, in spite of being unequipped to deal with it, we do have specific criteria for how we like to receive our snow; heavy snow for twenty four hours only so we can all have a day off work, kids a day off school, a bit of a sledge, snowball fight and make a snowman, and then it can all go away please and be of no further inconvenience, thank you.

At the moment in England at least (and I say that because that is where my bottom is sat), we have the wall to wall sunshine option.  And it is roasting hot.  Very warm indeed for England.  As I look out of one window, I see sunshine. The other window, sunshine. And a large paddling pool that my children will no doubt launch themselves into the moment that they get home from school that I bought yesterday.  Even the dog had a dip yesterday –  Man of the House turned his back and he was in, having a whale of a time.

Now when we get this sort of weather in England, strange things do happen. For some men who insist on dressing for the body they want rather than the body they have, it is the time to disrobe and walk the streets half naked and usually sun burnt. For mothers it is to plaster your child in suncream and insist on a sun hat.  If your child is really small you can play that hilarious game when you put the hat on your child and they immediately take it off.  And you can do it all afternoon.  That is when they are not demanding a cuddle, which is what you want in oppressive heat.  Old people will insist on wearing a cardigan and whilst you open a window in desperation, they will reprimand you for creating an Arctic-like draft. However, even if we keep our tops and hats on, but our cardys off , the one thing that most of us will become involved with in some capacity is a barbecue.

Immediately the weather gets warmer, everyone, or perhaps more specifically, men, have an uncontrollable urge to cook outside. And it is often men who don’t really cook that this happens to.  Men who have shown no interest whatsoever in the happenings in the kitchen suddenly decide that they want to cook.  In a manly and primal way.  Meat.  Outside.  On an open fire.  Possibly in an amusing pinny. Clutching a beer.  At the hottest time of the day.  On the hottest day of the year.

On the morning of such a day, particularly if it falls over a weekend, the supermarkets are seething with people stacking their trollies up with food. Burgers, sausages, steak….you name it.  I was in there yesterday, beating my way through the masses, (my excuse being that my fridge had chosen the hottest day of the year so far to break and I had had to throw everything away) and I can attest to the empty shelves.  I always wondered why on earth supermarkets limit some special offers to “twenty promotional items per customer.” Now I know. So in spite of being a serial over-caterer, I was a small fish in a big pond.  My mother is also a serial over-caterer and her mother, my grandmother, was before her.  If you invite someone round for food and they don’t have to have a lie down on the floor after lunch, then you haven’t done your job properly as far as my family is concerned.  But we ain’t got nothing on pretty much everyone frequenting the supemarket yesterday.

Most people were purchasing an amount of food which suggested that not only friends and family were coming round for a bite.  They were also expecting friends and family to bring everyone they know as well, and in addition, at some point, the host was fully expecting their house, garden and everyone in it to be under siege from some hitherto unknown army, for at least a week and utterly incapable of rescue. Which also explains the mass purchase of the Nerf guns.

Once food is purchased, it is customary for people all over the country to pile up charcoal briquettes over an enormous number of firelighters, and mutter under their breath that they can’t get the damned thing to light.   It will take so long to light that by the time it does everyone will be so ravenously hungry, there will only be one deeply unappetising sausage ready and that will have fallen through the grill onto the briquettes.  It is usually the sausage that you give to the dog.  However, someone will have burnt their fingers retrieving that sausage and in desperation will eat it anyway.  As people are getting really rather hungry now, some of the women present will rashly suggest using the oven inside the house that is perfectly acceptable, or even superior, on any other day of the year. Naturally, their suggestions will be spurned whilst the water guns are brought out in readiness for the siege by the army of unknowns.  By the time that everyone has eaten and everything has been cooked, the barbecue is going really well.  Now, the day after, all that will remain is for us to spend an hour cleaning the grill, eat a strange combination of cold food for three days and also spend quite a lot of time finishing off random bits of pudding.

And when the sun comes out again, we’ll do it all again because we’re British, and when it comes down to it, we’re nothing if not hopelessly optimistic and a bit odd.