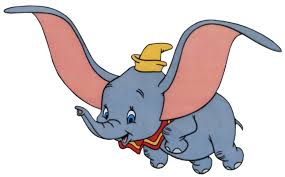 My continuing naivety was revealed to me this weekend with an enlightening conversation with my girlfriends.  It was announced (to great consternation amongst the group) that The Bush Is Back.  I admit that I have been wrestling with nappies and bottles for a good part of the last decade but I was hitherto unaware that The Bush Had Left and this was news to me.  Obviously I know that Brazilians have nothing to do with the country and that Hollywoods are not for the faint-hearted.  But an out of fashion bush?  Really?    I found it as bewildering as the notion that seemed to be doing the rounds a few years ago that breasts were not the thing to have.  Most heterosexual men that I know would beg to differ.  But apparently those of us above a B cup were persona non grata.  That had passed me by as well.

So according to my friend, it has been the same for The Bush.  A few years ago if anyone had known that you had not had all of your pubic hair removed, then you might have been asked to vacate the premises, or at least you would have heard people tutting behind your bush, I mean, your back.  However, no need to panic, you now can rest easy – if someone checks your lady parts at the door and finds you not to be fuzz free, you will be allowed into the building once more because you are back in fashion.  What a relief.

This prompted an entire discussion about body hair in general.  We are women of the world; intelligent and educated (the two not necessarily being one and the same).  And yet not one of us could not come up with a single decent reason as to why we remove body hair.  Not one.  The best explanation was that in Western culture, it is not really accepted for women to have body hair, particularly on their legs and under their arms, but we could not get to the why.  None of us could.  We agreed that if a woman wanted to wear a Summer dress with unshaven legs or leap into the local pool bikini line poking out, that she should be allowed to do so, and no one should raise an eyebrow about that, but simultaneously we all agreed that eyebrows would be raised, ours included.  Although we concurred that there were no circumstances in which we were prepared to go the whole Wildlife on One, we could not think of a single reason as to why not other than we didn’t like it.

This was a most unsatisfactory state of affairs, so I decided to question a professional.  I asked a beautician friend of mine.  She confirmed it to me.  Yes, pubes were previously very unfashionable and grooming of body hair is increasing. No, she couldn’t come up with a decent reason as to why either.  She said that a lot of clients do come and see her regularly for topiary, with the irony being that you do have to let your hair grow quite long in order for her to put her foot on your chest and rip it out by its roots.  She said that most of her clients have this procedure for themselves given that the area concerned does not tend to be for a wide audience, which makes sense.  However, she was not able to be more forthcoming as to why people consider it to be taking better care of themselves.

The other irony is that a lot of grown women are paying a lot of money to be made to look like pre-pubescent girls, when they are post-pubescent themselves.  Maybe it is because I am a mother of daughters, but that makes me feel uncomfortable.  Not that children are standing in beauty salons listening to the screams, which they would probably think was hilarious, but children pick things up.  I inadvertently taught my children two new swear words and a hand gesture when another car cut me up on the M40 the other week.  It is known that it’s all part of the joy of parenting to spend the entire time wishing you hadn’t done/said something because it is giving the wrong message.  I am not sure what message the body hair thing is giving to my children, but I know I’m not keen on it and yet I am fully aware that I am helping to perpetuate the myth.  And oh my goodness the internet.

As I had got her, I asked my beautician friend if men were doing the same.  A family member teaches teenagers and she has remarked in the past that boys are starting to be equally affected by concern about their physical appearance.  Another worrying trend for another piece at another time.  Apparently things are moving in that direction. Specifically a male client may wish to dye, wax and contour.  And when I say dye and contour, I am not referring to head hair or cheekbones.  I have spent much more time than I should have wondering how that works and not out of choice. And no, I don’t want to google it.  As it happens there has been no need; apparently each of these has a name, depending on the look that the client wishes to achieve.  One of these was The Elephant.  So if you’re curious, and you’re looking for a different sort of Christmas present for the man in your life, your search is now over.