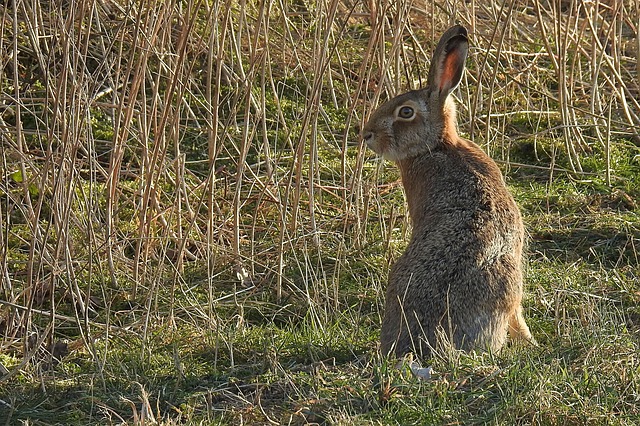 I hope that you have all had a great couple of weeks of being fabulous and gorgeous.  I know I have.  I can’t tell you how wonderful and brilliant and not forgetting incredibly talented I have been.  And if it were possible to be even more alluring than I already am (pretty difficult, I know) I have also been to the hairdressers.

A woman’s relationship with their hairdresser is a mystery to most heterosexual men – they don’t seem to understand two things.  The first is how having their hair done is a recreational activity for a woman.  And the second is why it takes so very long.

The second one is easier to explain so I shall take that first.  Look boys, we generally have a lot more hair than you, even if it is just longer, and it therefore takes a lot more time to deal with.  We tend to have more complicated cuts, colours and blow drying which tends to increase with age. Whereas boys tend to have less hair and less interesting things done to it – if you ever were attentive towards your hair, then that is more likely to decrease with age.   I have a lot of hair even for a woman.  And when I say a lot of hair, a lot of hairdressers have not really believed me until they have witnessed it for themselves.  I am now familiar with the crestfallen look on the poor trainee’s face when they are presented with my barnet and told that it is their task to put the colour on it.

The first one is more difficult – the recreational aspect.  You know when you go to buy a new pair of shoes and you go into the shop with your old, grotty pair on your feet and you feel ashamed that you’ve been walking around with such awful shoes on that up until that point you didn’t think were that bad?  Then, after talking yourself out of the sparkly high heels (it’s not as if you go anywhere to wear them now) you leave the shop with a new pair of shoes that do not look as if they have been chewed and you feel like you’re dancing on air?  Well that’s how I feel when I go to the hairdressers.  Or to be more specific, that’s how I feel when I leave the hairdressers.  When I arrive, I usually look like the wreck of the Hesper.  A few hours later I leave looking like I imagine the Hesper did when she first began to founder (they’re hairdressers, not Hogwarts), but nevertheless a miraculous improvement on what fell through the door first thing.

Every woman reading this will be familiar with arriving at the hairdressers.  After what feels like two hours of shouting at someone to put their shoes on, and searching for a lost cardigan, we are all welcomed warmly by the receptionist or our stylist.  Our coat is taken and we are offered a drink.  As it is probably the first opportunity that we have had to have a drink, we gladly accept.  We are shown to a chair and given some magazines.  Man of the House goes to a barbers where if you are five minutes late they not only disapprove and make their disapproval known to you, they refuse to do your hair, make you re-book and send you away with a flea in your ear.  Probably an actual flea if the cleanliness of their salon is anything to go by.  Meanwhile, I am being sat in front of an exceedingly unflattering mirror.  Then my hairdresser wafts into the room, places both hands on the back of the chair and asks me “what are we doing with your hair today, Natalie?”

Every single time I say “Whatever you like as long as it’s not awful.”  I then gesture to the mangled creature that resides on my head.  It has an entire life of its own.  Over the years I have tried to curl it, straighten it, get it to go a particular way, stay up in a style, stay in a clip even, and it won’t.  So I no longer bother. I would say that you can’t make a silk purse out of a sow’s ear, but my hairdresser can.  My hairdresser rifles through my hair and then talks a lot of numbers at a trainee standing next to her which I am given to understand relates to the colour.  I am put in a gown and a towel, then some plastic around my neck and the poor trainee takes a deep breath and sets to work.  It would be difficult to describe how stunning I look with a colour on my hair and crocodile clips helping it stick up in every direction, but I am sure that you can all picture it.

Across town, if Man of the House has managed to beg an appointment, probably on his hands and knees, his hair cut is almost done.  Which is just as well because if he needed the loo he is probably risking dysentery given that they never ever clean the toilet there. His barber starts huffing on a mirror and rubbing it with his sleeve to try and create a space so he can show him the back.  Man of the House steadfastly refuses – he doesn’t need a reminder of what once was.

As he’s paying with one note, and possibly having the door slammed behind him as he leaves, I am just settling into reading ‘Cosmopolitan’ for the first time since the last time I was there. As usual it’s full of adverts of impossibly thin women holding handbags that look as if they might snap their twig-like arms and wearing sunglasses that really could do with a nose to sit on.  Oh, and lots of articles about impossible sex lives.  Nothing like filling our young girls’ heads with ridiculous notions of what they can expect from being a grown woman in 2018.  As I flick through on the one hand thinking “This is an outrage, these women haven’t eaten properly for years” and on the other “oooooohhhh, nice shoes…..” the trainee is still painting colour on.  And then s/he puts me under a heater that looks like it ought to be on the Starship Enterprise.  I imagine Hollywood stars whom the tabloids would describe as “age-defying” being sat under these with a head full of foils.  I am then taken over to the basins and the colour is washed out and I am given a lovely head massage.  On one occasion, the lady at the basin next to me was so relaxed that she fell asleep and started snoring.  When she snorted herself awake, someone appeared at her side with a cup of tea.

My hair cut takes another hour.  Yes, an hour.  But in that time my hairdresser updates me on her love life and tells me how lovely the colour looks on my hair.  She makes my hair look beautiful.  And as she gets a mirror to show me the back of my head without the need to clean it first, I confirm that the colour does indeed look lovely, I have lots of hair, and there is no way I will be able to make it look that nice myself.  I then look in the unflattering mirror and ask if there is anything that she can do with my face.  She always laughs as if I am joking.

I hand over many more notes than Man of the House did.  My coat is held for me as I put it on, the door is held open for me with wishes for a lovely rest of the day, and I leave.  Straight back into the real world.  And as usual I’m on a tight schedule. I have three children to pick up from school and three swimming kits to get ready before that as well as a load of washing to get out of the machine and on the airer and another one in.  Did I mention that everyone will also be starving hungry the minute they emerge from school?  The Childerbeasts hand me their coats, their school bags and then run off.  Laden, I follow them.

Photograph courtesy of hansbenn on Pixabay